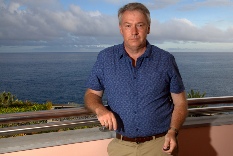 The name of the band in which Rathbone Kydd sang in the highly entertaining book, Rathbone Kydd - sex’n’drugs’n’quantum stuff. It is also the name of a band that really did exist, and in which I sang - or, rather, in which I developed my unique vocal stylisations - in the late 1970s/early 1980s. No one will remember us, but here are some reminders (insert earplugs before playing) -

And if that hasn’t put you off your lunch, check out the old band pictures …

Knock Me Off My Feet (Bennett/Muncis)

Over the years, several musicians tried hard to drown out my atrocious vocals. This gallery is a tribute some them. The cast list is, from bottom left -

Many others are not listed, and I have no photos of them.